What Does A UPS Group Synchroniser Do?

A UPS Group Synchroniser (UGS) is a device that harmonises the outputs from two separate groups of UPS systems operating in parallel, even if they are supplied from different AC power sources.

It enables the outputs from two groups to be configured into a dual bus format, maintaining synchronisation regardless of input supply variations. As an example, one group of UPS could be powered by the mains, with the other running on batteries. As a rule, a UGS can be used with up to eight UPS across two separate groups.

Adding a Static Transfer Switch (STS) to the output allows the protected load to be supplied from either of the two parallel groups. In such a configuration, if one of the groups fails, the STS transfers the load to the other (as long as there is spare capacity). 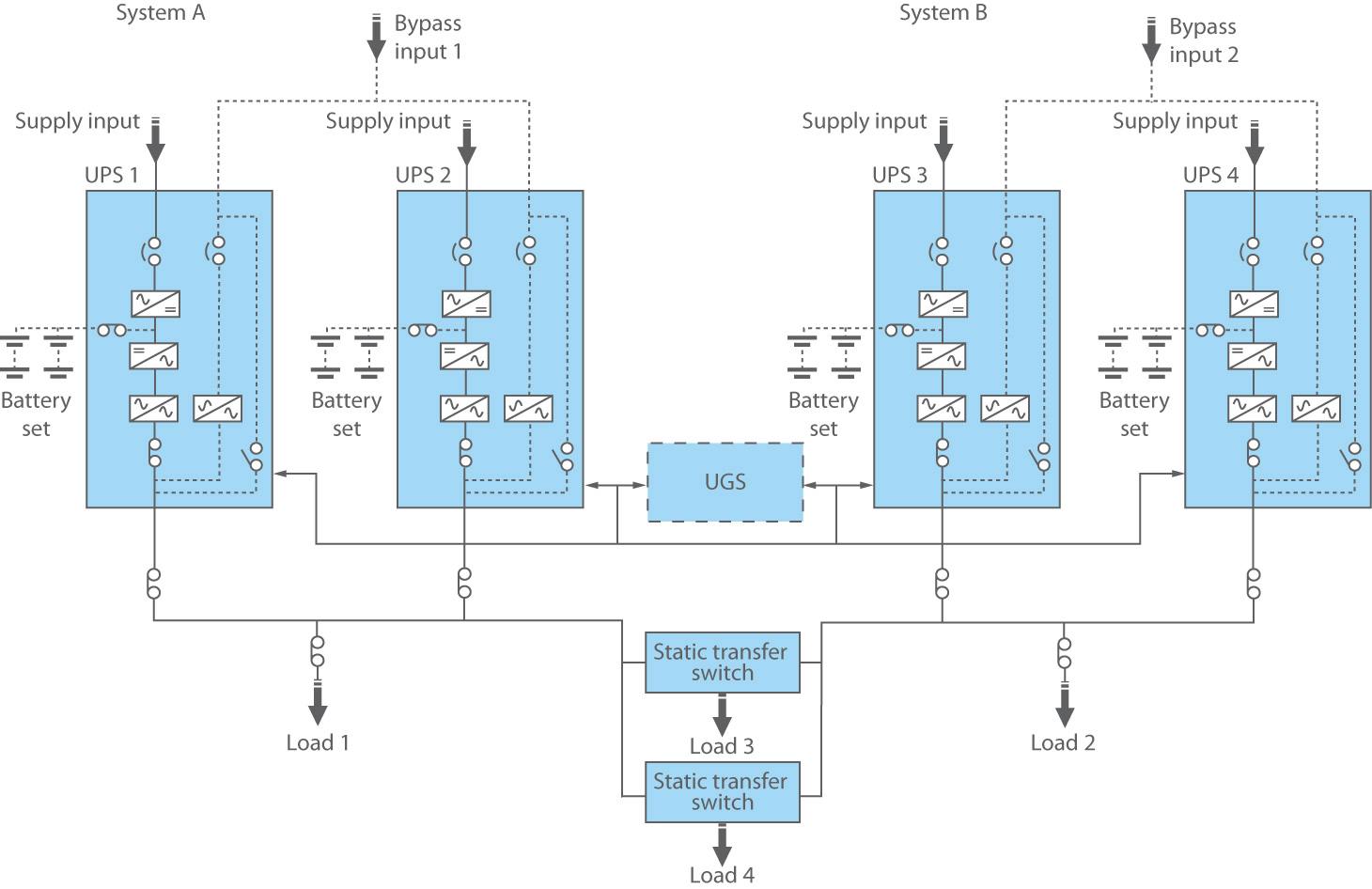